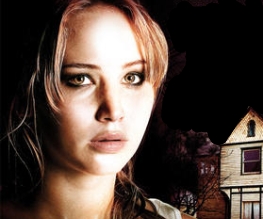 Did you know that Jennifer Lawrence was the original choice for Twilight? That’s right. True fact. Just think how different our lives would have been if she’d been cast. She would never have cheated on poor, beautiful Robert Pattinson like that Miss Kristen.

In other news, the poster’s just come out for her new movie. We love a good property-based horror with accurately descriptive titles here at BFF. The House on the Edge of the Park, The House by the Cemetery, The Last House on the Left, The House at the End of the Drive, This House is Possessed (that one’s never going to sell) and now we can proudly add the House At The End of the Street to our housing brochure.

Good ol’ non-cheating Jennifer Lawrence is making her horror debut as the teenage Elissa, who moves with her recently divorced mother (Elizabeth Shue) to a new town, renting the house at the end of the street super cheap because, uh oh, what’s that across the road? A house where a double murder happened a bunch of years ago? Better not get involved with the boy who lives there all alone hey Elissa? Elissa? Oh you’re snogging him on his haunted sofa.

The boy next door is Ryan (Max Thieriot), who lives there all alone since his little sister murdered both his parents in their sleep and then went and drowned in a pond. It’s a tried and tested Hollywood fact that there is nothing scarier than a small girl in a white nightie, preferably wielding a knife. We thought, what with all that going-back-in-time nonsense, that maybe Elissa was the little girl, but grown up, snogging her brother, and having repressed her horrible past. But then we realised that was a shit plot, so now we’ll just have to wait and see what the ‘awesome twist’.

Here’s a funny thing – the social media team behind the House At The End (of the) Street are trying to get #HATES to trend on Twitter. It’s not working. Partly because no one cares yet (it’s not out til 21st September), but also because if there’s one thing Twitter loves, its gramr. We won’t stand for one preposition and not the other, it’s #HATEOTS or nothing. 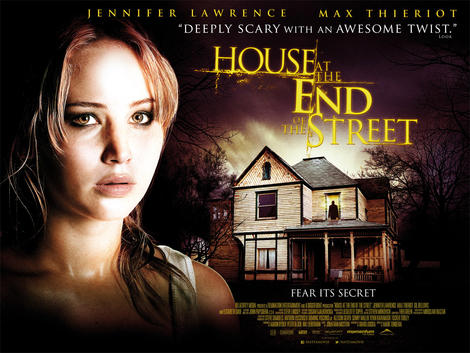 Previous: Alex Pettyfer to star with cheating slutbag
Next: The Campaign trailer is absolutely hilarious