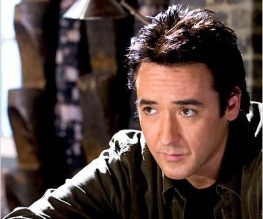 John Cusack is one of our favourites. He’s probably one of your favourites, too. Everyone loves a bit of Cusack. Sadly, in recent years, he hasn’t had the best fortune when it comes to picking decent projects. He’s had a few blockbuster behemoths (2012) and knock-about comedies (Hot Tub Time Machine), but nothing that was what you might call ‘good’.

Well, that might be about to change – and we stress might – with the news that John Cusack has joined the latest Stephen King adaptation. Stephen King adaptations – much like Cusack himself – don’t have the best track record lately, hence the emphasis on “might”. King’s story Cell is a modern day parable about the dangers of technology, envisioning a scenario where everyone who uses a cell-phone has their brain addled, turning them into violent killers. Y’know, the 28 Days Later sort of killers. Not good. John Cusack will play a father caught up in the chaos who sets out to find his wife and child. Because that’s what John Cusack does in movies.

With the screenplay being written by Adam Alleca (who wrote The Last House on the Left remake) and Stephen King himself, it sounds like a good story (we’re curious to see which phone companies will volunteer to be a part of it…), and Cusack should fit the role like a glove.

However, before John Cusack runs off to save his family again, he can be seen in an upcoming financial drama (can the recession be over now please, so people can stop making financial dramas?). Due Process will tell star John Cusack as a farmer who finds himself pitted against two big city bankers who are trying to close the community centre, or something. Due Process is to be directed by One Perfect Day director Paul Currie.

Something for everyone then; a ridiculous-but-ace sounding action/horror and a straight drama. Both should allow Cusack something to get his teeth into, but we’ll have to see if they’ll be enough to propel him back to the forefront of Hollywood’s leading men.

Which of Cusack’s upcoming projects excites you the most? Let us know below.

Previous: Sherlock’s Cumberbatch to play Beatles manager Epstein
Next: The Act of Killing set for market release by Drafthouse