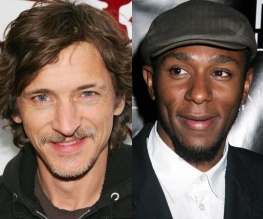 1997’s Jackie Brown, starring DeNiro and Samuel L Jackson (alongside Pam Grier, Robert Forster, Bridget Fonda and Michael Keaton), was adapted by Tarantino from Leonard’s novel Rum Punch. Switch, which is set fifteen years before the events of Rum Punch, features DeNiro’s old character Louis Gara, a career criminal, and Jackson’s gun runner Ordell Robbie. Yasiin Bey (who apparently doesn’t want to be called Mos Def any more) is to take over the role of Robbie in Schechter’s adaptation, which is apparently keeping its name.

We don’t know much more about the film, but The Switch‘s Amazon entry has this to say:

Black Ordell Robbie and white Louis Gara have lots in common – time in the same gaol, convictions for auto theft, and a grand plan. They’re going to snatch the wife of a Detroit developer and collect some easy ransom money. At least that’s what they think…What they haven’t figured on is the fact that the husband has a secret mistress and has absolutely no desire to get his wife back. So now it’s time for Plan B. With the help of one seriously ticked-off housewife they are going to take the scumbag for everything he’s got…

That actually sounds quite good. We’ll read The Switch over the weekend and get back to you!

Have you read The Switch? What do you think of Hawkes’ and Bey’s casting? Let us know below!