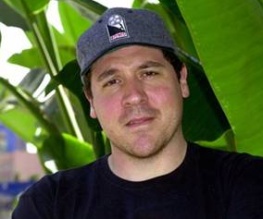 Mr Iron Man Jon Favreau has reportedly been lined up to direct Magic Kingdom, the Night at the Museum-inspired Disney film in which the iconic theme park comes to life once the gates have shut.

The project, which has been in the pipeline for two years, has already been drafted once for Ron ‘Battlestar Galactica‘ Moore, but a new write-up will be commissioned for the latest attempt to get it going.

Favreau, who cameos as Tony Stark’s driver Happy Hogan in his Marvel films, has got Cowboys and Aliens to finish off and then a third Iron Man film to tackle before he gets to grips with Mickey and co. There’s also no word yet on who’s directing the rumoured War Machine spin-off, so with any luck Favreau will stay busy until we forget all about this dreadful idea and go back to watching a waxen Robin Williams stalk Sacagawea.