Joss Whedon denies Hulk movie is on the way 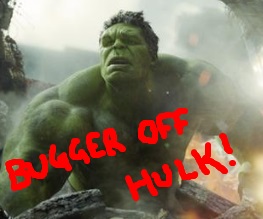 Joss Whedon, essentially the god of cult television and films, has gone on record to categorically deny that a Planet Hulk movie is on the way. Sorry about that, Dr Bruce Banner.

Joss Whedon, who is busy working on the upcoming The Avengers 2 (sequel to the hit superhero film Avengers Assemble), was recently asked if rumours of an upcoming Planet Hulk and World War Hulk movie were true. And, in typical Whedon fashion, the famous director wasted no time in delivering his succinct response to IGN:

“Well, I’m really not supposed to comment, but no, that’s nonsense.”

So there we have it Dr Bruce Banner – you can just Hulk off now, can’t you? Your space-set standalone movie dreams have been absolutely positively dashed to smithereens by Whedon’s almighty word power. How does that make you feel?

Despite Joss Whedon’s denial that a Hulk-centric space storyline is on the way, there’s no denying that Mark Ruffalo, who debuted his amazing portrayal of Dr Bruce Banner / Hulk in Avengers Assemble, has signed a deal with Marvel to appear in SIX movies. Six. So far, we know for sure he’s signed up to appear in The Avengers 2, but rumours are flying about which suggest he could make an extra-special guest appearance in the soon-to-be-out-in-cinemas Iron Man 3. Now THAT would be awesome.

Would you like to see Dr Bruce Banner’s Hulk get another solo movie outing?