Juan Carlos Fresnadillo is latest to fly The Crow’s nest… 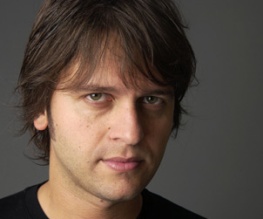 How long will it take for the cursed remake of The Crow to be given up as a bad job? Let’s take a quick look over what’s gone wrong so far. Just over a year ago, singer-songwriter Nick Cave was signed up by former director Stephen Norrington to write the script for the film; Cave’s script was subsequently discarded at the behest of an unnamed actor briefly associated with the lead role of Eric Draven. Said actor then jumped ship, shortly followed by Norrington himself. Norrington was replaced by Juan Carlos Fresnadillo, at which point Mark Wahlberg arrived on the scene and then left with unseemly haste. Bradley Cooper briefly sounded like he’d be getting involved, but he bailed in favour of Paradise Lost.

Just to recap, The Crow is now without a star or a director, and as far as we know nobody’s even read poor Alex Tse’s draft script. Anyone else think Brandon Lee’s trying to tell us something?

Should this be one remake which is allowed to rest in peace just like Eric wasn’t? Let us know below!

Previous: Weekend
Next: Matt Reeves will direct The Twilight Zone