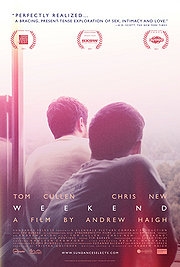 Russell (Tom Cullen), a twenty-something city man, is by his own admission “perfectly fine”. Living alone with his much-loved second hand odds and ends, he splits his time between his job as a life-guard, seeing his mates and sneaking – well, perhaps not sneaking, but certainly not swaggering – off to gay clubs when the mood takes him. Though not ashamed of being gay, it’s just never been something that he’s felt the need to advertise. After all, why should he shove his sexuality in the faces of strangers? Glenn (Chris New), the man he meets on a Friday like any other, couldn’t disagree more. Baffled by a world where gay men still feel embarrassed about showing affection for those they love, he’s determined never to live like someone ashamed of who they are. After a drunken one-night stand, Russell and Glenn awake with thumping headaches, sheepish smiles and a curious desire to know more about each other. But how do you go about intimacy, when you’ve started with sex?

Though the issues facing modern same-sex relationships are ever-present in the dialogue, at its core Weekend is a love story, pure and simple. Focussing solely and unapologetically on the first, tentative steps of Russell and Glenn’s relationship and set almost entirely on the dingy sofa in Russell’s flat, director Andrew Haigh manages to weave a deft, brilliantly paced little romance that feels genuinely authentic – a welcome change from your glossy, dead-eyed Hollywood fodder. Of course, the success of this tale hangs entirely on the chemistry between the two leads, and from the very beginning it’s clear that both Tom Cullen and Chris New are more than capable of taking up the challenge. Cullen is almost heartbreaking as Russell; a man trapped between his desire to be a hopeless romantic and his desire to blend in, and though it seems he has never been confused about his sexuality, he’s always hesitant about how he should present it. His bashful admiration of the strong-willed Glenn (who relates that when he came out to his parents he said “look, nature or nurture, either way it’s your fucking fault”) plays perfectly against Glenn’s overt but precarious self-confidence, and their gradual, mutual relaxation into one anothers’ company is lovely to watch. The seemingless effortless performances aside, Andrew Haigh has to be commended for his cinematography; every shot is thoughtful, engaging and works beautifully with the script to build up the feel of two men being constantly – almost imperceptively – judged from the sidelines. Setting conversations between our two leads in the background as faceless strangers take up the foreground of the shot means that as an audience we feel constantly voyeuristic; we follow Glenn and Russell’s discussion whilst peeking round corners at them, rather than having their relationship displayed centre-screen. This almost peripheral view of their interaction is contrasted wildly by the unabashed close-ups of the two when in the safety of Russell’s flat; away from the eyes of outsiders they – and we – are able to relax into their relationship, unafraid and unashamed. 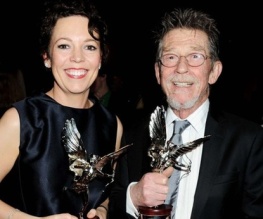 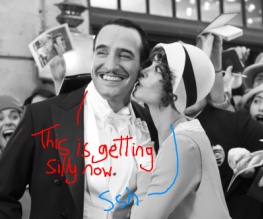 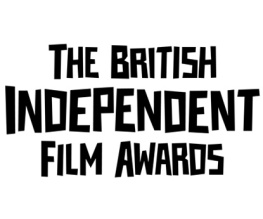