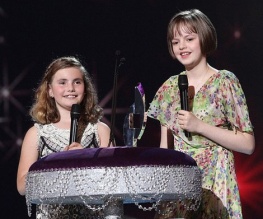 Other main prizes went to Paul, Tangled and Harry Potter and the Deathly Hallows Part 1, which scooped the Comedy, Animation and Fantasy categories respectively. Johnny Depp was crowned Screen Icon and Deathly Hallows Part 2 took home Must See Movie of the Summer, whilst Jamie Campbell Bower (who plays the young Gellert Grindelwald in the final two Potter films) was named One to Watch.

The awards were presented by Christine Bleakley at Wembley Arena, just up the road from one of Best For Film’s hideouts. Would it have hurt to invite us, ITV? Really?

Previous: Orange(Wednesday)s and Lemons #19
Next: WIN: THE SEA WOLF on DVD x 3