Lee Pace is Guardians of the Galaxy’s villain 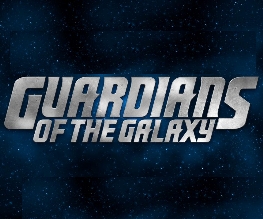 In yesterday’s ultimate Casting Update, we reported the addition of Ophelia Lovibond to the cast of Guardians of the Galaxy in as yet unknown role. The rumour was that she would be the aide of a powerful and ancient being called The Collector and today it seems that the face of this mysterious character might be given to Lee Pace.

Nothing has been confirmed as yet: the reports only say that Pace is in final talks for A role; what this role might be and who exactly the new villain is has been kept under strict wraps but we can be pretty sure in saying that it’s not the rather massive and purply Thanos. Pace had initially been considered for the part of Peter Quill, a.k.a. Star Lord, before Chris Pratt was decided on. However, his audition clearly impressed director James Gunn enough to source him for another role.

Along with Lovibond and Pratt, Pace will be working with Zoe Saldana as Gamora, WWE star Dave Bautista as Drax the Destroyer and Michael Rooker as Yondu when production starts in June before hitting our screens on August 1st, 2014. If you can’t wait that long then check him out as Thranduil in the next installment of Peter Jackson’s new trilogy, The Hobbit: The Desolation of Smaug, coming this December.

What other options does this comic book series offer Lee Pace? Get your geek on here!

Previous: Cheat Sheet: Gwyneth Paltrow
Next: The Expendables 3 gets a director