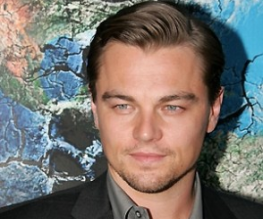 Leonardo DiCaprio and Martin Scorsese‘s latest collaboration The Wolf Of Wall Street has just been acquired by Paramount Pictures. As of yet, no further details concerning the film’s production have been made public but Paramount are thought to be eyeing a late 2013 release for the crime-thriller.

Leonardo DiCaprio is to play Belfort, a successful Wall Street banker whose love of partying and hard drinking leads him to financial ruin and a 22-month spell in prison. Leonardo DiCaprio will lead a cast that includes Matthew McConaughey (who will play Belfort’s boss), Jonah Hill (who will portray Belfort’s best friend) and Kyle Chandler, who has been cast as the FBI agent who makes it his business to take Belfort down. Margot Robbie has nabbed the film’s central female role playing Belfort’s wife and will no doubt serve as the much-welcomed eye-candy in an extremely male-heavy cast.

Based on a true story, the plot has been adapted by Boardwalk Empire‘s Terence Winter from Jordan Belfort’s best-selling memoir of the same name. As Belfort wrote two books based on his time at Wall Street we’re guessing Leonardo DiCaprio will want a shot at portraying Belfort in the sequel, and consequently we expect the film will focus on the more positive aspects of Belfort’s story – namely his redemption after he is released from prison – rather than dwelling on the debauched lifestyle he lead whilst he was successful.

This film will mark the fifth time that Leonardo DiCaprio and Martin Scorsese have worked together. Prior collaborations between the two – The Departed and Shutter Island among them – have yielded success at box-office and much critical acclaim. With a stellar cast, an established director and a talented lead, we don’t expect The Wolf of Wall Street will be bucking that particular trend.