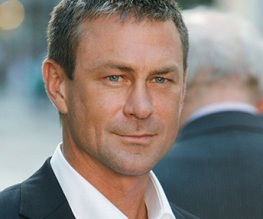 Grant Bowler, an actor of such staggering renown that we have literally never mentioned him before on this website, has been cast as Richard Burton in the forthcoming TV movie Liz & Dick. Yes, it’s actually called Liz & Dick. Not Elizabeth and Richard, or Do My Eyes Look Big In This? or I Do, Again or any of the other brilliant titles with which we could have provided the festering Lifetime channel, but Liz & Dick. Perhaps it’s for the best that Lindsay Lohan, and not an actress with any sort of reputation to lose, is starring in it.

Bowler was apparently in Killer Elite and about two other films, plus a load of TV shows we’ve never heard of (and True Blood, in which he played a supporting werewolf for most of series three and then got killed). It’s not yet clear how or why he ended up being cast as seven-time Academy Award nominee Burton, but we’re sure it’ll turn out to be a really sensible and well-thought-through plan. Like when Lindsay Lohan stole that necklace, remember? She’s such a kidder.

We’d love to write more about this, but until Grant Bowler does something worth mentioning we’re a bit stuck. Since it’s Friday, why not just watch this instead and marvel at how hot Mara Wilson has got:

That’s how you deal with child stardom, Lindsay, you become a writer and get really good hair. Simple, isn’t it? You mad thieving bitch.