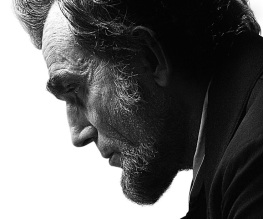 There will be no apology. Spielberg won’t do it. Writer Tony Koshner won’t do it. No one at Dreamworks or anyone associated with the film is having any of it. The people of Connecticut and their congressional representatives are seriously pissed off with the makers of Lincoln, and are demanding redress. What’s got the Nutmeg or Constitution State so riled then?

It seems that on viewing the climactic scene in which congress votes on the Thirteenth Amendment of the Constitution which abolished slavery in the United States, Connecticut Congressman Joe Courtney noticed that the film mistakenly shows the two representatives of his fair state voting against the amendment. “Oh no he didn’t!” we imagine him screaming at the screen, aghast and nearly choking on his nutmeg cookies. As every right thinking American who knows their history should be aware, none of the representatives of Connecticut voted against the amendment. One can surely understand the anger of the Nutmeggers (yes, they are really called that – learning a lot about Connecticut today aren’t we?), but why no apology, what’s going on Steven and co?

Well, apparently foul play has been called and something smelling rather dodgy is afoot, claim the Lincoln-lovers. It can’t be a coincidence, they cry, that Ben Affleck, director of Oscar-rival Argo, campaigned in Connecticut for the above mentioned Rep. Courtney in 2006, can it? Sasha Stone on the website awardsdaily.com said on Monday “It’s naive of him to imagine he wouldn’t impact the Oscar race. He isn’t that stupid. … He should be more honest about his motives.” Replying to Courtney’s attack, Kushner said in a letter to the Wall Street Journal that he wanted to highlight “the historical reality” that the Congressional vote was very close. But Courtney told the Washington Post yesterday, “Screenwriters are not obligated to present a documentary. But to me, the vote is so significant. . . And this will be a movie like Schindler’s List, like Amistad, that is going to be a teaching tool, and Spielberg is clearly creating this movie for this purpose.”

So the jury is out. Is Hollywood really as dirty as its reputation suggests? Are politicians in cahoots with directors in the race to snag Oscar glory? Or is the representative from Connecticut truly concerned that Spielberg’s film will forever tarnish the reputation of the people of Connecticut? We just don’t know any more.

Will schoolchildren learn erroneously that the Nutmeg state was in love with the system of slavery when in reality it was not? Do you care? LET US KNOW