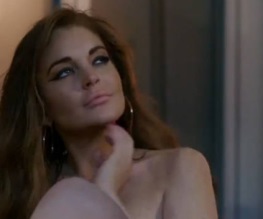 Paul Schrader, director of “ghastly tableau” The Canyons, has spoken out again about Lindsay Lohan being unreliable. This is not news. This is literally not news at all, to anyone. Lindsay Lohan – and we say this with the greatest possible respect and love – is the trainwreck of Generation Y. Lindsay Lohan cried all the way through filming the movie. Lindsay Lohan has crashed her car so many times it’s not even worth counting.

Lindsay Lohan is almost certainly going to die of drugs.

Lindsay Lohan is literally the least reliable person in the world. Where did it all go wrong, Lindsay? You were so adorable in The Parent Trap. Both of you. We hate to think of you lying in a pool of your own vomit, Lindsay, or nicking stuff or hitting people or going to jail again and again and again. We hate that.

Anyway, Schrader has taken to Facebook to complain about his star and producer (why let her produce, Paul? Why?), which is exactly the sort of thing we expect in a post-Burn Book world. Apparently, Lindsay Lohan hasn’t turned up to promote The Canyons, because Lindsay Lohan was embarrassed to be seen in a film with James Deen. Which is weird, because James Deen has a kitten and an enormous penis, and Lindsay Lohan has an electronic tag on her ankle, because she is a criminal.

We know who we’d rather be friends with.

Previous: Scorsese may delay The Wolf of Wall Street until 2014
Next: Jennifer Lawrence to remake East of Eden