Man of Steel: only the beginning 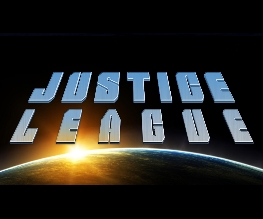 Ever since the success of Marvel’s Avenger Assemble speculation has run rampant concerning whether DC Comics will attempt their own version based on the Justice League franchise. The production of a new Superman movie, Man of Steel, set off another round of will-they-won’t-they conjecture and now it seems a confirmation might be imminent.

Entertainment Weekly got the scoop (sort of) when they spoke to Warner Bros. president Jeff Robinov: “(Man of Steel) is setting the tone for what the movies are going to be like going forward. (Nolan’s) Batman was deliberately and smartly positioned as a stand-alone. The world they lived in was very isolated without any knowledge of any other superheroes. What Zack and Chris have done with this film is allow you to really introduce other characters into the same world.”

Alright, so not a iron clad declaration quite as yet, but if you read between the lines the hope is there. If room is being made to introduce or at least hint at accompanying super characters, then we can only conclude that their spin-offs will shortly follow. Robinov tippy-toed around the subject but did promise that “we’ll announce something in the next several weeks that will hopefully position the DC characters and the movies we’re going to be making”.

However he was quite definitive in quenching the rumble that put Christopher Nolan in charge of the Justice League movie line which would see Christian Bale returning to his role as Bruce Wayne/Batman. This might come down to the simple fact that “Chris dislikes it when you plan something, when you say, ‘I’m going to follow this up in the next film,” as David S. Goyer, co-writer of the Dark Knight films and Man of Steel explained, “He’s always said put everything you have into this film and then worry about the next film later. That gives the film its own integrity as opposed to being part of an overall plan”. This thinking probably doesn’t line up quite so well with that of the production company who have a need for a predesignated plan of success. One that might not even get off the ground unless Man of Steel pulls in the necessary numbers come June 14th.

Previous: The Hangover Part III hits us with a new trailer
Next: The Walking Dead’s Glen Mazzara to pen Shining prequel