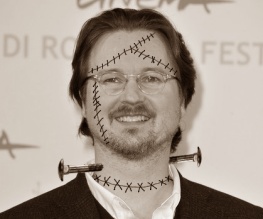 Cloverfield and Let Me In director Matt Reeves has been signed to direct one of a slew of Frankenstein-inspired movies to be hitting Hollywood over the next year or so – he’s drawn the wild card of This Dark Endeavour, a forthcoming adaptation of a book which has not yet been published! That’s occult, man.

Kenneth Oppel’s This Dark Endeavor: The Apprenticeship of Victor Frankenstein, which is due to be published this summer, is the first in a prequel series which begins with Victor (later Dr) Frankenstein’s attempts to find the Elixir of Life and so save his mortally ill brother Konrad. We’re reserving judgement until we’ve read the book, but after the phenomenal job which Matt Reeves did with Let Me In we’re willing to cut him some slack and not be catty at this stage. Nothing interesting’s been done with Frankenstein onscreen for millions of years, so hopefully either this project or one of the others doing the rounds (Universal’s Del Toro-tastic remake of the 1931 original, an adaptation of Peter Ackroyd’s The Casebook of Victor Frankenstein and, horror of horrors, Slasher Films‘ attempt to bring Steve Niles’ Wake The Dead to the big screen) will deliver the goods.