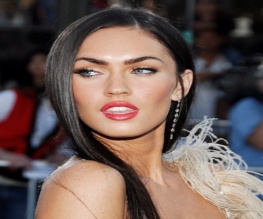 There is a lot of buzz around Hollywood at present re: the remake of Carrie. Top subject being, who the heck are they going to cast as the lead? Stephen King (writer of the original Carrie novel) has suggested Lindsay Lohan, probably because she shares the freckles and long red hair of the original Carrie Sissy Spacek (who was Oscar nominated for the role). King needs to get out of that dark tower he writes his horror books in and wake up and smell the pig blood, as Lohan is not a reliable choice these days!

Step forward Megan Fox, who has allegedly expressed an interest in playing the disturbed teen and is keen to move on to more serious roles. Potentially Fox is too old for a teenage part, although she has form after playing a psychotic schoolgirl in Jennifer’s Body and appearing in films called Whore and Confessions of a Drama Queen. Frankly the blood (again, pig blood) is boiling at the concept of remaking such an iconic film, but let’s look forward to the actual casting decisions of the director (also yet to be appointed) and producers before this moves beyond wild conjecture.