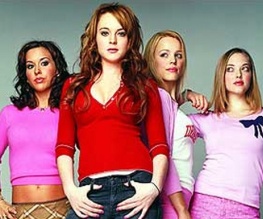 Comedienne and 30 Rock writer Tina Fey has confirmed that a musical adaptation of Mean Girls is in the works, and is one signature away from going into production. She has reportedly been working on it for months, but needs Paramount bosses to sign off on the project. She has said “I’m trying to develop it with my husband, who does all the music for 30 Rock, and I think Paramount’s on board.”

Fey wrote the screenplay for Mean Girls in 2004, and has since said that it is her best work. In 2007, she joked about the idea, saying it would be perfect for young girls and gay men, but now the idea may be coming into fruition. The film’s original cast featuring Lindsay Lohan and Rachel McAdams will not be appearing in the Broadway show, although their characters Cady Heron and Regina George will be brought back. After the film’s (unsuccessful) sequel Mean Girls 2, which was only released on American TV and was not endorsed by Fey, fans of the film were not hopeful of any more spin-offs, but what could be more exciting than a musical version?

The recent quote-off between Mariah Carey and Nicky Minaj on American Idol revealed them both to be huge fans of the film, prompting Fey to offer Carey a part in the musical, saying “Mariah seemed to really know all the characters. Maybe she can play Amy Poehler’s part in the musical.” For all of those unfamiliar with Mean Girls, Amy Poehler played Regina George’s mum.

Fans of the film may not have much longer to wait, as Tina Fey seemed excited about the project at the recent Screen Actors Guild Awards.

Would you go and see Mean Girls: The Musical? Can you think of anything more fetch? Let us know below.