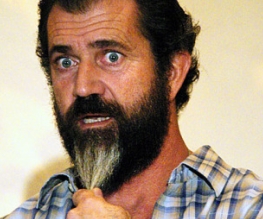 When is a spoiler no longer a spoiler? When it’s no longer a part of the film. Yes, it may have only been two days since we reported the heavily warning labelled news that Mel Gibson was set to make a guest appearance in Todd Phillips’ sequel to last year’s hit comedy The Hangover, but now it appears that Mr. Gibson has gotten all Keyser Soze on us. Why? Because just like that – *poof* – he’s gone.

Now Mel might not quite be the evil genius that The Usual Suspect‘s iconic villain was, but he’s certainly done enough morally questionable things to force Phillips to re-think his decision. Despite approval from the studio, plans to feature the actor were scuttled, the director says, when it became clear that not everybody was pleased with the choice. “I thought Mel would have been great in the movie,” Phillips commented yesterday, “But I realize filmmaking is a collaborative effort, and this decision ultimately did not have the full support of my entire cast and crew.”

It has not been stated as to who objected to the controversial Australian actor’s casting, but (just for fun) we do have an old picture of Mel doing his best to keep up in the beard stakes with oddball comedy stand-out, Zach Galifianakis. Perhaps he was worried about Mad Mel’s striking ressemblance to those post-hiding images of Saddam Hussein? After all, nobody would want him to join their wolf pack.

Previous: Martin Freeman confirmed as Bilbo!
Next: 50 Cent to join Lives of The Saints Cast!