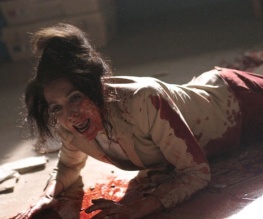 Indomina Group (who have a really weird and unhelpful website) is planning on filming and then actually releasing, thus forcing people with eyes to watch, TWO – count ’em TWO! – more Cabin Fever films.

Apparently the first of the films will be titled Cabin Fever: Patient Zero and will centre on a cruise liner that crashes into a research vessel housing a deadly virus. The second film, Cabin Fever: Outbreak, follows a doctor who moves to a remote island housing – just to mix things up – a deadly virus. Our immediate concern is that these films might be straying too far from the originals. Like, where are all the cabins people?!

Production will be starting in a few months so keep your eyes (and your skin!) peeled for these cinematic gems this time next year.

Previous: Without a Home
Next: Tower Heist