Morgan Freeman dead? Of course not. 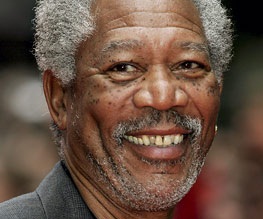 …Everyone knows Morgan Freeman is some sort of Tree God; he will live long after us earthly souls perish. Still, some bloke in the twitter universe thought it would be funny to defy the laws of nature and announce that the star of The Shawshank Redemption, Invictus, Wanted and more was dead. Yes, that is hilarious.

The hoax started on Thursday, with a simple tweet from an account @OriginalCJizzle which went along the lines of “@CNN – Morgan Freeman has passed away in his Burbank Home.” With these gentle seeds a mighty oak of bullshit was soon to grow, and it wasn’t long before everyone in the known world believed Morgan Freeman was dead. But he’s not. He’s fine.

CNN, who admittedly did end up looking rather silly even though it wasn’t their fault, issued the following statement “CNN did not report Morgan Freeman death. Rumor is false. CNN will aggressively investigate this hoax,”

I wouldn’t want to be on the business end of CNN’s aggressive investigation stick. Anyway, the point is, the culprit has been reprimanded, all is well and Morgan Freeman’s lovely, reassuring voice will hopefully reassure us for many years to come. Long live Morgan Freeman and his voice! Hurrah!