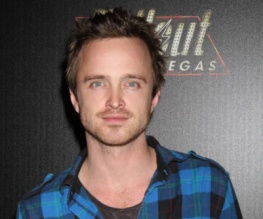 Need For Speed is the latest video game to take a stab at bucking the age-old adage that movies of video games suck. The racing franchise – which happens to be one of the most successful games franchises in history – doesn’t lend itself obviously to any one plot. Need For Speed is about racing and… well, that’s about it. There are no characters, no real plots, and the only stars are the cars. So director Scott Waugh has pretty much free rein to concoct any sort of story he wants around which to frame the sure-to-be numerous races.

So far, so Fast And Furious. But with the news that Aaron Paul, co-star of The Best TV Show In The World™ in Breaking Bad and generally one of the most accomplished young actors working today has signed on to star, replacing his need for meth with a need for speed, our interest is certainly piqued. Aaron Paul, who is currently in London promoting Breaking Bad, filming Nick Hornby’s new film, and getting into mischief with Pierce Brosnan, is making the transition from TV star to movie star with total ease. Two-time Emmy winner Paul is sure to bring a level of class to Need For Speed that the film will likely need to attract anyone other than petrol-heads to the cinemas. His presence might also attract a higher caliber of star when casting the rest of the film.

With Steve Waugh, director of Act of Valor, the recent Navy SEAL propaganda campaign – sorry, action film – we’re confident that the action sequences will be exciting enough. Act of Valor might not have set the world alight, but its action sequences were praised in nearly all quarters. With the action covered, and a great actor in the lead role, Need For Speed is shaping up rather nicely on paper. However, it will take a smart script to convince most people that this isn’t just an excuse for pretty cars to drive really fast. Time will tell.

Do you have a Need For Speed? Or are you sworn off video game movies? Let us know below!