New poster for Snow White And The Huntsman 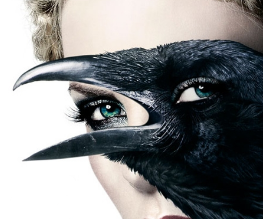 It’s good to know that the makers of Snow White And The Huntsman have figured out that by far the most intriguing character is the one that doesn’t feature in the title. The new poster for the Kristen Stewart/Chris Hemsworth fairytale action romp ignores both of them, and focusses squarely on Charlize Theron’s evil queen; also doing some exciting things with what looks to be a seductive crow? Why not, eh? It’s nice to see that a bit more effort has been put into this than in most posters we see these days (to say nothing of the horror of the Mirror Mirror marketing campaign), but we have to say that we’re not convinced it’s entirely successful. Is the Evil Queen going to be surrounded by deranged looking – but no doubt excessively feminine – ravens? Ah well, could be worse, we could be staring directly into the gaze of Kristen “misery chops” Stewart.