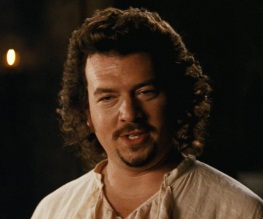 A new clip of Ye Olde Farce Your Highness has popped up on the Dailymotion overnight. The clip (below) sees Danny McBride and co being chased by a tribe of angry women wearing naught but thongs and therefore may be NWS.

Rumoured to be largely ad libbed, Your Highness stars James Franco and Danny McBride as two princely brothers on a quest to rescue a beautiful princess from the clutches of an evil wizard. It marks director David Gordon Green’s first big screen production since directing Pineapple Express in 2008, a film that also featured McBride and Franco.

Your Highness will be in UK cinemas from the 13th April