One Shot is renamed Jack Reacher 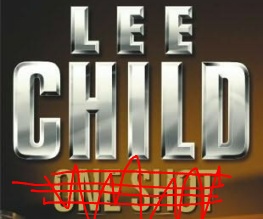 Tom Cruise’s latest ill-thought-out action film is to be renamed, possibly to lay the groundwork for a franchise (or possibly because the ghost of L. Ron Hubbard demanded it).

One Shot, adapted from the ridiculous book by Lee Child, has been renamed Jack Reacher after its hulking Mary-Sue of a hero.

Cruise is to play the 6’5″, 250lb Reacher, an ex-Army drifter who wanders from town to town and always seems to miraculously run into people who need help and other people who need killing. In the newly christened Jack Reacher he will take the side of a sniper accused of killing five people, which when you think about it doesn’t seem that unlikely.

The diminutive star will be joined onscreen by Rosamund Pike, who seriously needs to shoot her fucking agent, and Werner Herzog as murderous wheelchair-bound Russian The Zec. Yep. That bears repetition, actually: hero of New German Cinema Werner Herzog is playing a two-bit baddie in a Tom Cruise thriller. Does anyone have a risible, brick-thick Lee Child book with which we can beat ourselves to death?