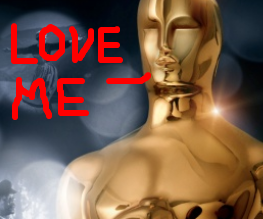 Ever heard of The Oscars? Exactly. Sometimes a little-known awards ceremony needs an extra marketing push, and nothing says “THIS THING EXISTS” like a visual representation of that thing. To cut a unnecessary explanation short, a poster for The Oscars 2012 exists. And it wants to remind us that there haven’t been any classic films out in years and years and years. Thanks, Oscars. Thanks for that.

Accompanied by the slightly baffling tagline “celebrate the movies in all of us”, the Oscars 2012 posters features the most iconic performances from the last eight decades – you’ve got your Marlon Brando, you’ve got your Humphrey Bogart, you’ve got your Julie Andrews and your er, Russell Crowe… Thing is, this year’s Oscars might be a bit of a funny one. It’s looking more and more likely that the big winners of 2012 will be the films that got shoved to the side to make way for all the films about explosions and men in capes – The Descendants, Moneyball and The Artist are among those getting all the hype, leaving the mainstream big-hitters in the dust. Will this turn people off watching? Perhaps. Maybe a poster isn’t enough, what we need a trailer.. a lovely trailer, in 3D, narrated by Matt Damon, featuring Megan Fox,with blackjack, and hookers, and… and… sure it wont get nominated for anything, but DAMN will it be good fun.

The Oscars will screen in Feb of next year – will you be watching?