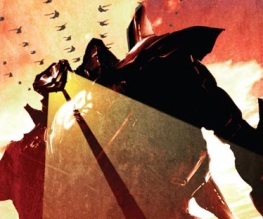 Pacific Rim! It’s Pacific Rim day everyone! Hooray! News about the upcoming film from weird-ass Mexican Guillermo del Toro has been a little sparse recently. BUT TODAY IS THE DAY THAT EVERYTHING CHANGES. We’ve got Pacific Rim images, some “leaked” memos, a viral site and a wee bit of footage for you! Aren’t you lucky ducks.

Just in case you’re in the dark about this project, Pacific Rim is a futuristic sci-fi extravaganza in which humanity finds itself battling against primeval monsters known as kaiju with the help of some awesome robots known as jaegers. Wheeeee! Robots! On the side of the good! Cool! It’s like Transformers meets Cloverfield, only with – presumably – loads more weird shit going down (because you know what del Toro is like). Anyways – here’s all the stuff.

First up it’s the poster (click on any of these images to go big): 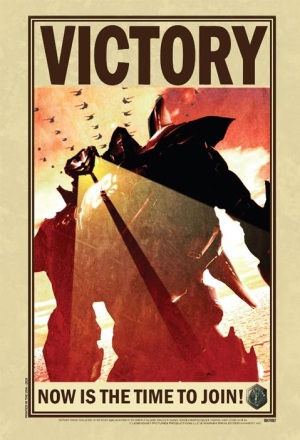 Pretty cool, huh? Although (there’s always an although with us) it’s not exactly original. We’ve seen artwork like this before (see: Battlestar Galactica propaganda posters) and the trend for retro-looking concept art is getting a little bit old hat. Just playing devil’s advocate here, guys. You know what we’re like.

Now that’s out the way, it’s time for you to check out the website: Pan Pacific Defense.

The smart ones amongst you will have worked out that you can click on each of those red dots and, depending upon location, view a little teaser.

London gives us the “GBAC Memo”: 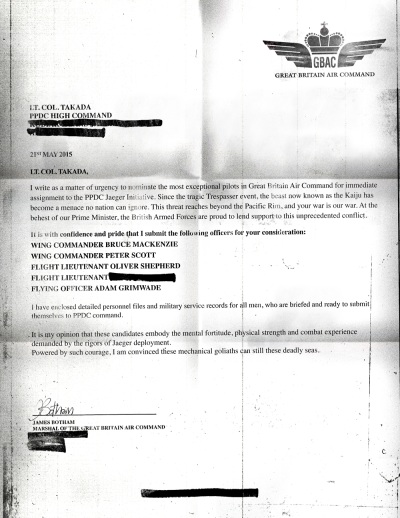 …while Vladivostok and Anchorage give us some pretty awesome jaeger blueprints: 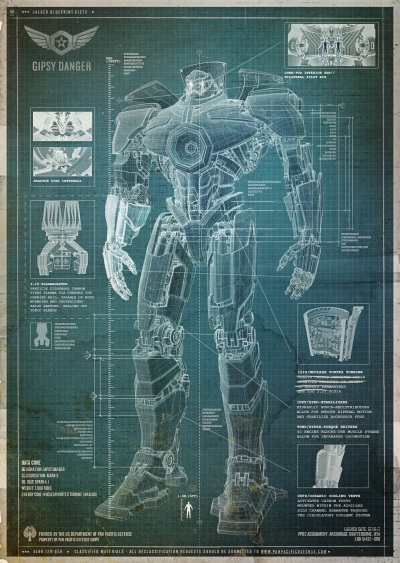 Paris gives us another memo, this time in French (typical French people): 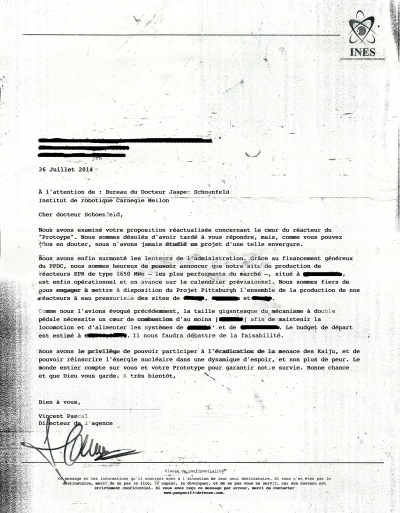 And because we’re great linguists and devoted Pacific Rim nerds, we’ve taken the time to read through and translate the gist for you. Basically, the French are working on some sort of nuclear powered prototype which will help in the fight against the kaiju. What a SCOOP!

LASTLY (feels like we’ve been here for hours), San Francisco brings us two leaked videos. One is a test of the kaiju emergency alert system and the other is some news footage of nasty monsters wreaking havoc around the Golden Gate bridge. Those pesky kaiju!

And we’re done. Any of that get your motor running? In a way we’re a bit fed up of this kind of thing. WE JUST WANT A GODDAMN TRAILER ALREADY. PACIFIC RIM LOOKS LIKE A GOOD MOVIE WE THINK. STOP MAKING MEMOS AND DO TRAILERS. Then again, it’s all just a bit of fun isn’t it? And besides, what would we report on if Del Toro’s interns weren’t spending their days making this stuff? They’re nerds, we’re nerds. Everybody’s happy.

Pacific Rim, which stars Charlie Hunnam, Idris Elba, Charlie Day and Ron Perlman will be out on the 12th July 2013. Are you feeling good about it?