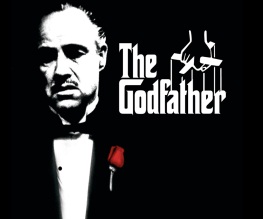 Anthony Puzo, son of legendary Godfather author Mario Puzo, is facing a possible lawsuit from Paramount over wanting to publish a prequel to the Godfather trilogy. Presumably, this will be an artsy, abstract account of Vito’s experiences inside his mother’s womb, seeing as The Godfather II covered most of Vito’s life and early childhood. Or (more likely) it’d follow the life of his forebears; a powerful story about the difficulties of being a shoe-maker, or olive-plucker, or whatever Vito’s father was.

Hypothesising aside, the novel (for which Mario Puzo already wrote the screenplay) is unlikely to ever see the light of day as Paramount, who own the Godfather brand, want “to protect the integrity and reputation of the Godfather trilogy.”

Would you be interested in seeing a prequel to the Godfather trilogy? Let us know below

Previous: New poster for Pixar’s Brave
Next: Edgar Wright to Team Up with Johnny Depp on The Night Stalker