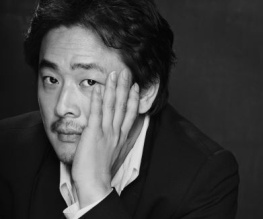 The film, called Paranmanjang: ‘a life full of ups and downs’ in Korean, recounts the tale of a man who catches a woman while fishing in a river.

“There are some good points of making a movie with the iPhone as there are many people around the world who like to play and have fun with them,” Park Chan-wook said recently. His brother Chan-Kyong emphasized the wide range of edits and perspectives in the film, attained by using multiple iPhones.

South Korean theatres will screen the film on the 27th of January.

Previous: Those Golden Globes are coming…
Next: Charlize Theron confirmed for Snow White And The Huntsman