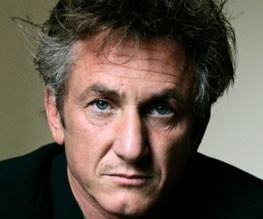 Academy Awarded actor Sean Penn continued his support for suppressed nations south of the US this week by throwing his official support behind Argentina in their continued dispute with the UK over the Falkland Islands. Following a meeting with Argentine President Cristina Kirchner in Buenos Aires, Penn announced to the world’s media that “The world today is not going to tolerate any ludicrous and archaic commitment to colonialist ideology'” and “I hope that diplomats can establish true dialogue in order to solve the conflict” before repeating “the world today cannot tolerate ridiculous demonstrations of colonialism.” That’s Britain told then.

While it is always tempting to dismiss Penn as a less healthy looking, angrier version of Bono, one has to admire his commitment to causes which place him in the firing line for Conservative rage both internationally and in his native US. If nothing else it makes for entertaining reading.

The last ten or so years have been something of a golden age for Penn both as an acting talent and a political blow-hard. While his performances in Mystic River, Milk, I Am Sam and 21 Grams have delivered acclaim and awards, it is perhaps his mocking puppet incarnation in Trey Parker and Matt Stone’s Team America: World Police which most resonates with the public image of Penn – hair slicked back, bags under the eyes, dressed in his funeral suit, staring with deadly serious aggression into a camera and telling the world what it should be paying attention to.

You might find it a little patronising, a little self important, maybe even a little irritating but, hey, it’s a hell of a lot more interesting than hearing the latest Hollywood pretty boy droning on about blocking, motivation and character arc on Inside the Actor’s Studio.