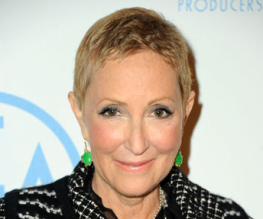 Best For Film Towers is very sad to report the death of Spider-Man producer Laura Ziskin, who died of breast cancer on Sunday at the age of 61.

Ziskin’s illness cut short a career very much on the go: even as she was undergoing cancer treatment spanning seven years, Ziskin was also working on films, campaigning for charity and – most important to webheads – producing The Amazing Spider-Man, due to hit cinemas in 2012.

Laura wasn’t just famous for her work with Spiderman, either: our favourite Spider Queen was the first ever woman to produce the Academy Awards in 2002, and in 1994 she was made President of Fox Pictures. Thanks to her, we saw a string of critical and box office successes like The Thin Red Line and Fight Club.

To quote Spiderman, because it would be rude not to, with great power comes great responsibility. Laura Ziskin was one Hollywood’s major players. She deserved her power, and gladly accepted the accompanying responsibility of helping to build a quality film industry.