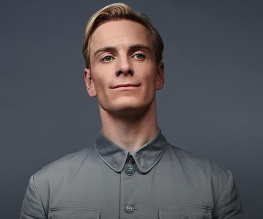 Ridley Scott is certainly one of the most discussed directors of the moment. The home video release of his latest sci-fi odyssey Prometheus set the internet aflame earlier this week, when it was revealed that an Easter Egg hidden therein hinted that Prometheus and his earlier sci-fi classic Blade Runner might be set in the same universe. More than that; characters from each film might even have known each other!

All of which set us and every other website on the internet – and probably your great aunt Norma with the gammy leg, too – speculating about what this could mean for the sequels to the aforementioned films. Well, Ridley Scott has dropped a few hints about what we can expect from them.

On Prometheus, Scott revealed that the sequel will pick up exactly where the first film left off, as Noomi Rapace jets off across the galaxy in search of more answers from the mysterious Engineers, with Michael Fassbender‘s severed android head in a bag on the passenger seat. We still think it sounds like the set-up for a shit sitcom, but there you go. In fairness, for all Prometheus‘ faults, Noomi Rapace and Michael Fassbender were not among them, and the notion of Fassbender’s coolly sinister David trying to convince Rapace’s Elizabeth Shaw to reattach his head does have potential. Doubtless she’ll need him, but can she trust him?

Sir Ridley Scott was a little less forthcoming about the Blade Runner sequel, other than to confirm that it is 100% happening. As for Harrison Ford‘s potential involvement, Scott isn’t sure. “I don’t know yet. Is he too old? Well, he was a Nexus-6 so we don’t know how long he can live.” (Scott is clearly joking, but we’re not sure it’s a joke everyone will appreciate…) It’s not impossible that Harrison Ford could feature, but we doubt he’d be the main character this time around.

We’ll have to wait and see, as it’ll be a few years before either film arrives. In the mean-time, if you fancy writing a Red Dwarf style Prometheus sitcom, get in touch and we’ll get this thing kick-started.