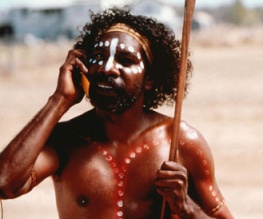 David Ngoombujarra, the three-time Australian Film Award-winning actor, has been found dead. He was 44.

Ngoombujarra was one of the most well-known Aboriginal actors in Australia, and international audiences knew him from his performances in films including Australia, Rabbit-Proof Fence and Ned Kelly.

He was found in a park in Fremantle and pronounced dead shortly afterwards.

Hugh Jackman, who starred in Australia, posted the following tribute on Twitter (read it from bottom to top):

Best For Film vividly remembers being about ten and delighting in David Ngoombujarra’s brief appearance in the otherwise unforgivable Crocodile Dundee in Los Angeles. Both as a marvellous actor and as one of relatively few Aboriginal artists to achieve mainstream recognition, he will be sorely missed.

Previous: Justin Timberlake in In Time
Next: The Man of Steel flies into 2013