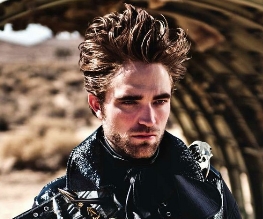 In 2006 David Cronenberg began developing a project based on Bruce Wagner’s script Map to the Stars. Years passed as he struggled to find the moola necessary to get it off the ground. Finally there has been light at the end of the tunnel, Martin Katz’s Prospero Pictures signing on to co-finance with Entertainment One Films. His high hopes for the flick have been further realized today, with Robert Pattinson (star of their first collaboration Cosmopolis) taking on the lead role.

This dark comic tale, which will explore the effects of Hollywood life on two different child actors, has also drawn to it the star power of Julianne Moore, John Cusack and Sarah Gadon. And whyever not when it’s even managed to weave in a ghost story to boot?

Shooting will be based in both Toronto and Los Angeles and begin in July. eOne will be handling the sales and distribution, with the intention of it being introduced at the Cannes Film Festival in May.

What are your thoughts? Love it, hate it or got no opinion on it?