Rupert Everett to direct and star in Wilde biopic 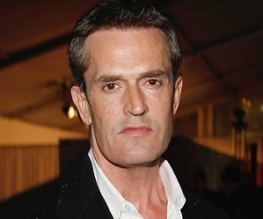 Fifteen years on from Stephen Fry’s arresting central performance in Wilde, Rupert Everett is to take his turn onscreen as the writer, raconteur and (lest we forget) homosexual Oscar Wilde in a new biopic – which he himself is directing.

The Happy Prince will, we suspect, focus on Wilde’s final years (which weren’t actually that happy, because sometimes TITLES LIE). Everett will be joined in the squalor of a Paris garret by Colin Firth, who is due to play Reginald Turner. Reggie was one of the few members of Wilde’s circle who didn’t abandon him after his incarceration and, in fact, was beside Wilde’s bedside when he died aged just 46. Those in the know may be surprised at this particular bit of casting, since Everett and Firth (who have starred together in a number of films including two Wilde adaptations) are famously not the best of friends…

Period drama veteran Emily Watson and Tom Wilkinson, who was actually in Wilde as well, will also appear. Hopefully Jude Law will be run over by a cart or something in the background at some point, perhaps with Zoë Wanamaker on hand to give him a good kicking. Do you think we’re going to get this emotionally overinvested all over again?

We’re not quite sure that the unnaturally fresh-faced Everett has it in him to play a prison-ravaged aesthete dying of cerebral meningitis, although early whispers suggest The Happy Prince will actually be a tragicomedy in which Wilde wryly reflects upon his own downfall. That could work. Filming’s not due to begin until next year, so we’ve got plenty of time for idle speculation!

Is Stephen the only Wilde for you? Let us know below!