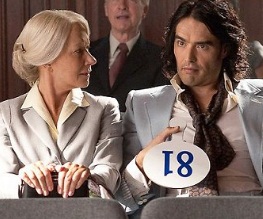 A re-make of the 1981 classic that starred Dudley Moore, Arthur follows the tale of a billionaire playboy who finds his fortune might be cut off unless he marries a girl he has no interest in. Right, that’s the plot done with, lets just watch Helen Mirren and Russell Brand having fun, shall we?

Of course, this is essentially yet another vehicle for Brand to do various bits of his own stand-up whilst symmetrical Americans staring at him incredulously. And if you enjoyed him doing that in all the other films he’s been in, you’ll probably enjoy it in Arthur. If you didn’t, you probably won’t. Sorted.