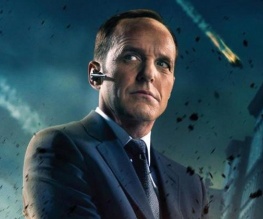 S.H.I.E.L.D., the secret law-enforcement agency in the Marvel Universe which featured heavily in Avengers Assemble, is getting its own spin-off TV series. That’s what we knew. And now, thanks to the New York Comic-Con, we know who’s going to star in it. And it’s at once totally obvious, and a bit of a surprise.

Clark Gregg‘s S.H.I.E.L.D. Agent Coulson (“his name was Phil“) was the big casualty of the Avengers movie, being killed in action by Asgardian bastard Loki. It was a noble death, and one that ultimately spurred the Avengers towards victory, giving them something to actually Avenge. So quite how Agent Coulson – a firm fan favourite, who appeared in several of Marvel’s Phase One movies – is going to headline a S.H.I.E.L.D. TV series is anyone’s guess.

And since we’re an ‘anyone’, we’re going to guess.

Renowned in the comics as the ultimate spy and all-around super-resourceful genius, there’s very little that Nick Fury isn’t three steps ahead on. He always has a plan, a back-up plan, and a contingency plan for the back-up plan. Nobody ever knows how many irons he has in the fire, and as such, it’s always possible that he could be up to anything. And, taking Avengers Assemble into account – where Samuel L. Jackson portrayed Fury – we’ve already seen some of that in action. Just look at the way he smeared those playing cards with some of Agent Coulson’s blood, to tug at the heart-strings of the Avengers. It’s pretty concrete that Coulson took a pointy-alien-staff-thing through the chest, and he certainly appeared to die, but who’s to say he wasn’t rushed to a hyper-futuristic S.H.I.E.L.D. medical facility and nursed back to health? This is the Marvel universe! Nobody stays dead in the Marvel universe! (Well, with a few notable exceptions…)

While a S.H.I.E.L.D. TV series was already an exciting prospect, the inclusion of Clark Gregg makes a lot of sense. Launching the series with a recognised character and star will surely make things significantly easier. Speaking at NYCC, Marvel head-henchos Kevin Feige and Joss Whedon commented, “There was never going to be a S.H.I.E.L.D.‘ show without Agent Phil Coulson!” Feige enthuses. “He’s headlining the S.H.I.E.L.D. show and always was,” confirmed Whedon. We’ll see the exact mechanisms for Agent Coulson’s resurrection when the show hopefully debuts on ABC next year.

Previous: Friday Drinking Game #61 – Classic Horror
Next: Angel Of Death gets director Tom Harper on board