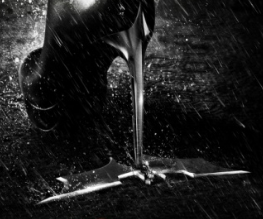 And the folks hanging out in the Bat Cave have heard our plea. Sort of. Instead of ramming posters down our throat at every given opportunity, they’re going to hide them, like buried trasure, at the end of a long and clue-riddled path.

A hidden QR code on the theatrical poster for The Dark Knight Rises has been followed by a loyal Batman wannabe / future Albert, revealing a brand new poster.

And it’s of Catwoman’s FOOT! This poster has revealed exactly this; Catwoman hates Batman and she also wears very inappropriate footwear for surefooted supervillain activities.