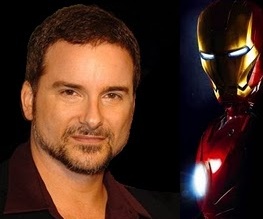 We’ve had quite the ride with this blessed Iron Man 3 business – speculations as to who would land the unenviable job of telling Robert Downey Jr what to do have been rife ever since Jon Favreau flounced out of the director’s chair at the tail end of last year, and when Shane ‘Last Action Hero‘ Black finally took the job a couple of weeks ago we still had no idea who’d be writing the robo-erotic threequel.

Along with the rest of the internet, we suspected that Black (who’s much better known as a writer than a director) would cover both bases. And hurrah for us! At last week’s Omaha Film Festival, Black revealed that he would be penning the script with input from RDJ – and, interestingly, that he would be taking the franchise in a very different direction. Rumour has it the suits at Marvel HQ weren’t happy with the Rock’em Sock’em Robots theme of Iron Man 2, so the next film (due out 2013) will be a Tom Clancy-esque thriller with “real world villains”.

Oddly, it also sounds like Iron Man 3 will herald a return to post-Avengers self-contained story arcs with no crossover from other Marvel superheroes – presumably there are no plans for a series of films à la X-Men for the muscle(/powered armour/massive magic hammer)-bound squad. Keep watching the skies!

Previous: Tomb Raider re-boot is on the cards
Next: Puss in Boots Teaser Trailer