Shia LaBeouf joins Robert Redford in The Company You Keep 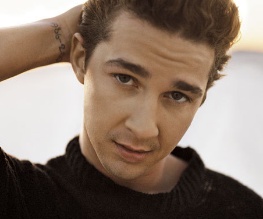 It seems that Shia LaBeouf is getting in with the big boys as he confirms his new role of ambitious newspaper reporter (topical?) in the upcoming adaptation of Neil Gordon’s The Company You Keep.

The story is based around a former member of the Weather Underground (Robert Redford) – a radical left wing organisation responsible for numerous violent attacks in America throughout the seventies – who, after avoiding being caught by the FBI for over thirty years, is exposed by a persistent young journalist (LaBeouf).

We predict lots of running through crowded train stations, lots of determined eyebrows, and lots of “we have such different political ideals but we’re so alike as men” moments. Sounds alright!

LaBeouf is really going for it after his Transformers fail. Claiming that he won’t be appearing as Sam Witwicky anymore, he’s lined up an array of drama/crime/thrillery movies for us all to re-establish our love for him; John Hillcoat’s The Wettest County in the World as well as Pinkville, Horns and The Associate. Go on LaBeouf, thrill us!