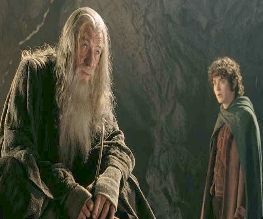 “Calling all New Zealand based actors. Must be between 4ft and 5ft2 (men) or no taller than 5ft (women). Fattish in stomach and short in leg are welcome requirements. Must be over sixteen. Pointy ears preferred but not essential.”

Now sit back and watch the applicants fly in. Or waddle in on their hairy feet.

Wingnut Films have been in charge of finding suitable “scale doubles” for Peter Jackson‘s latest film, The Hobbit. Scale double? Sounds like a nifty piano excercise. Rather, it’s a technique whereby the “scale doubles” appear in place of the actors in wide shots in order to make people look taller or smaller. Sounds like an important job. I’ve often thought that Tom Cruise could invest in a short friend, to make him appear more statuesque in his day-to-day living. I mean, he can’t stand on a box all his life, like he did on his wedding day. But whilst Tom Cruise can give the illusion of height by hanging out with his small toddler, The Hobbit needs “scale doubles” and probably a good scaling down of the five foot actors too, as we are meant to believe that the characters are even smaller; between two and four feet tall.

The film has yet to be officially ok-ed by MGM studios on account of “short” finances. Chortle. Perhaps they could get the little actors at a cut-price rate? Well, we do pay less for smaller fruit.

Previous: The Hole
Next: The Avengers’ Hulk to be motion captured. Mark Ruffalo excited.