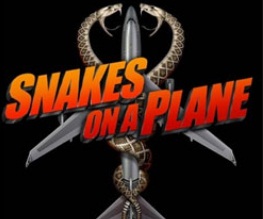 You know what they say – “if it aint broke, why bother making any sense at all?” So Snakes On A Plane director David R. Ellis struck pretty lucky with his action-flick title back in 2005. It turns out Samuel L Jackson shouting “I’ve had it with these MOTHERF*CKING SNAKES on this MOTHERF*CKING PLANE” is all we really needed to get us through that year. Simpler times. Anyway, he’s back, and this time he’s proudly offering up the almost certainly seminal work: Untitled 3D Shark Thriller. It’s almost like poetry, isn’t it?

Apparently the film was originally sold to foreign markets under the title Shark Night 3D, but Relativity Media hated the title and wanted to change it for the domestic release. Thankfully for all involved (as well as humanity at large) Ellis said that actually he always preferred the title Untitled 3D Shark Thriller. “The title says everything you need to know,” Ellis said. “‘We’ve got sharks.’ ‘It’s in 3D.’ and, ‘It’s a thriller.’”

I just don’t understand why all film-makers don’t embrace this entirely refreshing take on film titles. Wouldn’t The Shawshank Redemption have been far better received if it had been called Wading Through Poo Man? If The Sixth Sense had been marketed as Dead Guy Doing Stuff? Out with Titanic, in with DEATH BOAT! More on this as we get it….sigh.