Stanley Kubrick’s “unwatchable” film to be restored and released 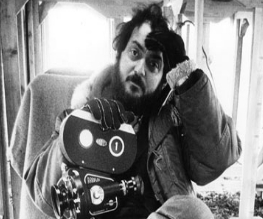 After coming across the negative of the film in a shut-down Puerto Rican film lab (what were they doing there anyway?), George Eastman House has formed a major plan to restore Stanley Kubrick’s Fear and Desire . Exciting? You betcha!

First off, the negative they found when they, quite possibly were illegally breaking and entering an abandoned building, is the ONLY ONE! Secondly, Kubrick fought to keep the film out of circulation so that no one would ever see it! What’s he trying to hide? I’m in two minds; either the film is SO disturbing, as strange, half-animal girls normally are, or that Kubrick was not satisfied with the end product, artistically. But like your sister’s diary you know you’re not supposed to read (Hello Pandora’s box), you just gotta. So, sorry Kubrick, but you should’ve hidden it better. I will be watching it.

However, I feel we need to sit down with a cup of tea and discuss morals. Kubrick, for whatever reason didn’t want the film to be shown. And he’s not around to stop it. Shouldn’t we honour the dead man’s wishes? Eastman House, after recognising the value of the film, argue that Kubrick never owned the rights to the film anyway.

Whether or not it’s excitment at the new release, or discomfort at dissing the dead, I have a strange, but not altogether unpleasant, feeling in my stomach regarding this film. I’ll sleep on it.