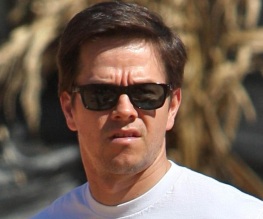 In the realm of stories about actors turning down roles and regretting it, this one is a lowly peasant or something, but interesting nonetheless. Mark Wahlberg turns out to have passed up the opportunity to play Captain Kirk’s dad in J.J. Abrams’ Star Trek. Not known for his affection for the sci-fi genre (if we leave aside Planet of the Apes, in which none of the cast or crew looked particularly interested in what they were doing), it seems Wahlberg struggles to even understand the dialogue (again, perhaps this is not very surprising). In an interview with total film recently, the Ted star admitted that he read through the script, but just “didn’t get it” and had to turn the role down. Upon seeing the film however, he was apparently effusive in his praise of the director’s work on the piece, and even made something of a pitch to Abrams, pledging to take any role he’s offered in future. Is he thinking of Star Wars?

On the subject of actors who have turned down roles and regretted it, according to the Guinness Book of Records, the largest potential monetary loss made by an actor for rejecting a role was $450 million, a sum that would have accrued to Sean Connery had he taken the 15% stake of box office receipts offered to him to play Gandalf in The Lord of the Rings franchise. Poor Sean. We doubt that old Walhberg was offered anything like such a sum, somehow. Like Wahlberg, however, Connery revealed that he “never understood the script,” adding: “I read the book. I read the script. I saw the movie. I still don’t understand it. Ian McKellen, I believe, is marvellous in it.” Come come, Mr Bond, you get as much pleasure from fantasy as we do!

Did Star Trek lose anything by Wahlberg’s absence? Would Sean Connery have been a better Gandalf than Ian McKellen? LET US KNOW.