Star Wars to be directed by Matthew Vaughn after all!? 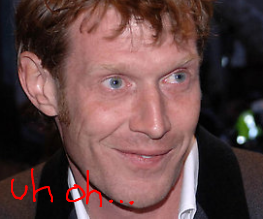 Star Wars breaking news, guys. Total Film has asserted that Matthew Vaughn has been confirmed to direct Star Wars Episode VII. Evidently someone over at Total Film needs to check the dictionary for the definition of “Confirmed“, or else they’re going to start printing any old tosh that Bill the Inebriated Homeless Man yells at them on the way to the office.

On the red carpet for the premiere for Seven Psychopaths, Jason Flemyng said: “Me and Matt have done nine films together, so I’m sure I’ll get the call for Star Wars.” He then went on to stutter for a bit. Honesty it does look a bit suspicious, but it’s far from what we here at the Best For Film Orbital Laser Headquarters would call “confirmation”, especially for such a trigger-happy news topic like Star Wars.

Matthew Vaughn landing his big old Millennium Falcon on the Star Wars gig would explain why he left the X-Men: Days of Future Past project, but his long-time collaborator Mark Miller only recently asserted that he and Vaughn are working on their pet project The Secret Service. Is this all a smokescreen? Matthew Vaughn hasn’t actually said a single word on what he’s up to. COULD STAR WARS BE IT!? We must be a little more patient, fellow padawans. A jittery Jason Flemyng is not our oracle. Yet.

Matthew Vaughn has only been one of many contenders for the Star Wars throne. Check out our discussion of the other potential pilots.

Matthew Vaughn directing Star Wars? It would fit. What do you think he would bring to the Star Wars franchise?