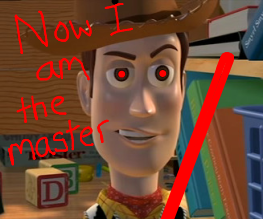 Star Wars Episode VII recently lost any hope of being directed by Matthew Vaughn, but there’s some good news today as it is revealed that the writer of Toy Story 3, Little Miss Sunshine and The Hunger Games: Catching Fire, Michael Arndt, has been working on the Star Wars VII treatment for a while already, and looks to continue his work with the film as the project moves forward.

Star Wars VII would be good hands with Michael Arndt. Although he hasn’t had any association with any Star Wars project before (actually that might be a good thing) Arndt received an Oscar for his writing on Little Miss Sunshine and was nominated for the Writing Oscar for Toy Story 3. Toy Story 3 was up against True Grit and The Social Network (which won the award). A tough year! Michael Arndt’s finest moments in his career so far are surely his positions as ‘Assistant to Mr. Broderick‘ in Addicted to Love and ‘Assistant to Mr. Broderick‘ in Inspector Gadget.

Vulture reports that the studio executives (I hear they make a fine talcum powder when ground into dust) want the return of the original Star Wars trio, Luke, Leia and Han. Considering the three original actors have all expressed a willingness to return to the Star Wars set, this might just actually happen. Vulture also mentions that Michael Arndt’s Star Wars VII treatment will be handed around some rather big directors soon, including Steven Spielberg, Brad Bird (Pixar’s Up and Toy Story 3) and J. J. Abrams. Considering J. J. Abrams is currently working on Star Trek Into Darkness, it would be something of a nerd faux pas for him to transition to Star Wars. At least that’s what John Underwood has been opining. 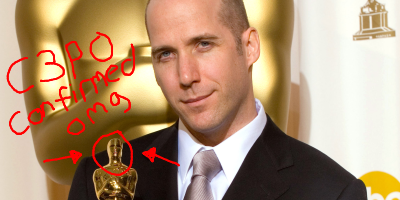 Star Wars Episode VII is set to begin filming in 2014 with a view to release in 2015. Expect the density of Star Wars news only to increase. It’s a bad time for those who aren’t into their Star Wars.

Can we expect Woody and the Gang to turn up in Star Wars Episode VII? What about a sentient Chewbacca toy appearing in Toy Story 4?

Previous: Transformers 4 ensnares Mark Wahlberg
Next: Tom Cruise is in a robot