Tom Cruise is in a robot 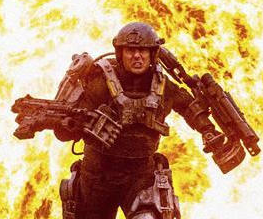 Tom Cruise has come over all The Matrix: Revolutions and donned a big mecha exo-skeleton thing for All You Need is Kill. In our first glimpse of the film, we see a large explosion and (OF COURSE) Tom Cruise running, except this time he’s also a robot. If you are not getting the concentrated glee we experienced upon setting eyes on this image, it is only because the medium of language is insufficient to convey our momentous joy.

All You Need Is Kill is based on a Japanese manga novel and is therefore batnut crazy. Tom Cruise is set to play Lt. Col. Bill Cage who goes up against a hostile alien race… and this is when things get weird. Caught in a time loop on the day of his death, Tom Cruise must relive the event over and over again. With each passing day Tom Cruise gains more and more experience and, in all likeliness, starts kicking alien butt. 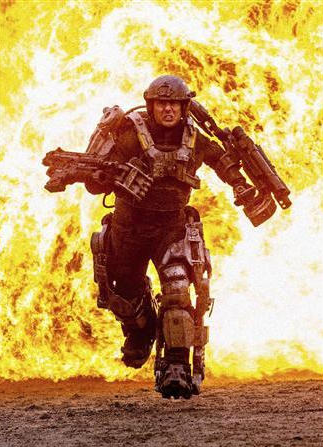 So it’s sort of like Battlefield: Earth meets Groundhog Day. We would have preferred to see Bill Murray running around shooting things, but Tom Cruise is an entertaining enough choice. It’s good to see our boy Tom Cruise keeping busy, it’s the quiet times when the lambs start screaming in his head.

How awesome is Tom Cruise? You know, when he’s not being all crazy and jumpy.