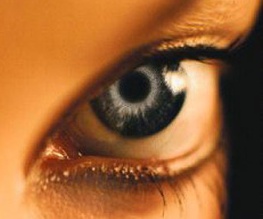 Now writer-director Andrew Niccol has finished totally disappointing the entire world with In Time, he’s concentrating once more on the latest dreadful adaptation of a dreadful Stephanie Meyer ‘novel’. It’s nice to know where you stand with people like that, isn’t it?

The Host, which pretends to be for adults, is some utter fucking nonsense in which parasitic aliens take over most of the humans on Earth (except for Saoirse Ronan, who somehow manages to resist the advances of the alien in her head) and then there’s a love triangle because THERE’S ALWAYS A BASTARD LOVE TRIANGLE. In fact, the press release for The Host has the temerity to describe it as “one of the most unusual love triangles in literature”, which is frankly laughable. Have they not read my Han/Chewie/C3PO slashfic?

Anyway, if he’s going to make this really dreadful Andrew Niccol needs a cast to mutilate, so the hunt is currently on for two strapping young lads to play Saoirse’s boyfriend Jared (who’s in hiding, or something, and then she has to go and find him because her head alien makes her think about him all the time) and Ian, a nasty piece of work who does a number on Head Alien before falling in love with it. Fuck knows, quite frankly.

Who the devil are these people? We’ve never even heard of half the TV shows they’re from (what happened to people working their way up in cinema, by the way? Next thing you know some twat off Corrie will be the new Bond), and they all have stupid names. This is going to be a car crash, isn’t it?

Do you like Stephanie Meyer? Then you’re a dick.

Previous: Monday Mash-Up – John Carpenter Special!
Next: Bill Paxton is getting his Kung Fu on