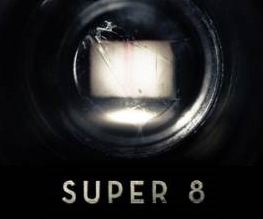 JJ Abrams is no stranger to mystery. Co-creator of Lost and the producer of Cloverfield – a film known for its “follow the breadcrumbs” viral marketing – it’s clear that the man loves a good tease. His latest project, Super 8, directed under the production wisdom of none other than Steven Spielberg, is no exception. With its teaser trailer revealing little (save from a telling reference to Area 51) and the film’s only poster comprising of the image of the left (a camera lens looking at a umm… thingy?), it’s safe to say we’ve not known much. Until now!

Following from news that young actress Ellie Fanning has been cast (possibly as Natalie, a “13-14 year-old strong and confident female with an underlying sadness”) and that Kyle Chandler has signed up to play, umm… a man of some description, we can now reveal that seven more names have been added to the prospective roster! Ron Eldard and Noah Emmerich (shown below, with Fanning and Chandler) are the best known, the former being a young Willem Dafoe look-a-like previously seen in Black Hawk Down and the latter being Marlon from The Truman Show.

The others – Gabriel Basso, Zach Mills, Joel Courtney, Ryan Lee and Riley Griffiths – are all young actors of varied experience. Basso, for example, has acted in TV series The Big C, whilst Mills has the wonderful credit of “Eric Applebaum, the Hat Collector” in Mr. Magorium’s Wonder Emporium. With such youth matching with recent plot rumours (“three siblings discover footage of an alien in some Super 8 footage they shot”), it might seem that the mystery is slowly beginning to fall together. Yet with the remaining names yielding questionable IMDb searches (“Which Ryan Lee?! Could there be another Joel Courtney? There is no Riley Griffiths!”) it’s probably a little early to stop pondering completely. Damn you, Abrams!

Previous: Stay
Next: Paradise Lost to be made into a film. Epic.