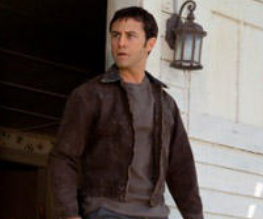 Seriously, what? Here we were, cheerfully mocking Prometheus for starting a trend for teasers for trailers, and it turns out that Team Looper were already way ahead of us in the ridiculous marketing stakes. We’re at the point now where it’s totally fine to give us a teaser for a teaser for a trailer for a film. That is literally what’s happening.

Thing is, Looper sounds fairly cool – going into the future to KILL YOUR FUTURE SELF etc – so we’re going to leave it there for now. Except we’re not, obviously. Just watch the damn thing would you:

You can see in JGL’s lovely eyes that he knows this is bullshit. You can see it right there. What’s next? Genuinely? Looper isn’t hitting UK screenings until the end of September, by which point we sure this will be the soul-flattening norm and everything will be fine in a kind of “everything’s a little bit worse” kind of way. KILL US ALL, JGL! USE YOUR FUTURE KILLING ON HUMANITY AT LARGE!