Joss Whedon confirmed for The Avengers 2 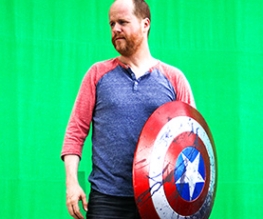 Joss Whedon is back on board for The Avengers 2, surprising precisely no-one. Following up the $1.5billion grossing mega-hit Avengers Assemble, Whedonites everywhere rejoiced when the official statement from Marvel Studios came through yesterday afternoon.

Two months before the theatrical release of the first film, Whedon’s future with Marvel seemed uncertain; he thought a sequel should be “smaller, personal, more painful”, and also mixed feelings about “putting an enormous amount of work into telling what is ultimately someone else’s story”. We’ve no idea quite who had to remortgage at least three of the Disney theme parks to sway the man; whoever we are, we’re forever in your debt. Under his writer/directorship, Avengers Assemble came as close as anything in this genre could ever get to perfection, and as such, The Avengers 2 is possibly the only sequel since The Lion King II: Simba’s Pride (cracking follow-up to The Greatest Film of our Time™) that we’ve ever actually looked forward to.

However, in the big yucky grey cloud around this shiny silver lining, Whedon will also be penning a live-action TV series loosely based around the Avengers; Marvel’s ball-vice on the man is clearly iron-clad, because this is a terrible idea. Who wants to see Iron Man in high school? Actually, a bromance-sitcom based around a teenage Tony Stark and Bruce Banner, like a bro-super-hero version of Clueless sounds amazing, we take it back. You ‘eard, Whedon; get cracking.

Previous: Trouble With the Curve trailer hits a home run
Next: Daniel Day-Lewis gets wiggy with it as Lincoln.